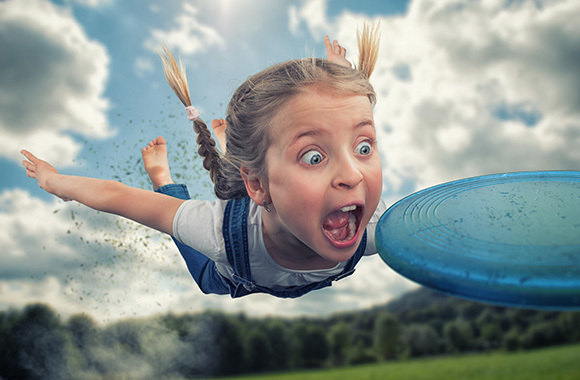 Am Stram Gram : A favourite festival in the mountains for families !

The first edition of this family festival is happening this summer, from 19th to 21st July 2019 !

Sporting the "Family Destination" label, Crans-Montana is proud to have created a paradise for children in the mountains: Am Stram Gram.

The aim of the festival is to transport children into a world of games and immersive and participative adventures. Whether it’s on board a pirate ship, in the middle of a water fight on pedalos, or in a giant kitchen, Am Stram Gram is a place for all those who love games. Three days, nine worlds, some fifteen workshops and lots of shows await you in the resort:

- a zipline in the sky 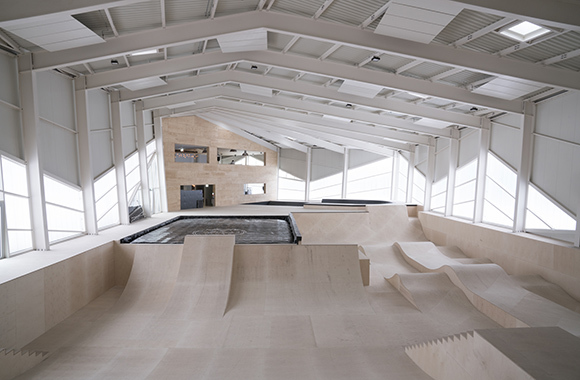 Crans-Montana is already well-known for its parks (snowpark, bikepark and wakepark), but it is continually developing the choice for action sport fans.  The latest development is Chalet Alaïa, a veritable shrine to action sports, which opened its doors at the beginning of 2019.

High quality infrastructure such as trampolines, indoor ramps, foam pits and bowls mean different sports can be practised year round. Outside, there is a gigantic skatepark which measures around 2,400m2, consisting of a snakerun, pumptrack and a skate plaza and bowl. These will open at the end of June 2019. Keen children and young people can take part in winter and summer camps, and put into practice the tricks they learn at the Chalet in the different parks in Crans-Montana.

With over 5,000 m2 of indoor and outdoor infrastructure, French-speaking Switzerland now boasts the biggest and most complete action sports centre of its kind. Upstairs, there’s a bar which looks out over the activity halls so that family and friends can watch sports fans evolve in their chosen sport. When the warmer weather is here, a food truck will be installed outside the building.

Families really are looked after in Crans-Montana. In fact, the destination easily met the numerous conditions required by the Swiss Tourism Federation in order to obtain the 2019-2021 « Family Destination » label. The entire service chain is proud to be able to offer a welcome adapted to families : from transport to accommodation, via restaurants, all stakeholders in the destination have worked together to obtain this result.

Amongst the strict criteria demanded for the label infrastructure for families such as playgrounds, picnic and barbeque areas, hiking paths that are accessible with pushchairs, and swimming lakes. Another aspect that is important for welcoming families is the wide variety of activities on offer in both summer and winter: minigolf, acrobranch courses in the trees, horse riding, a climbing hall, waterskiing, a library, paintball and bowling are just a few examples.

The different partners who came together on this project are particularly proud of the « Family Destination » label, as only 2 destinations in French-speaking Switzerland have been awarded it, notably Nendaz and Crans-Montana. Crans-Montana Tourism and Congress would like to thank all their local partners, as well as Andros, the company linked to the label, and without whom it would not have been possible to obtain the label. 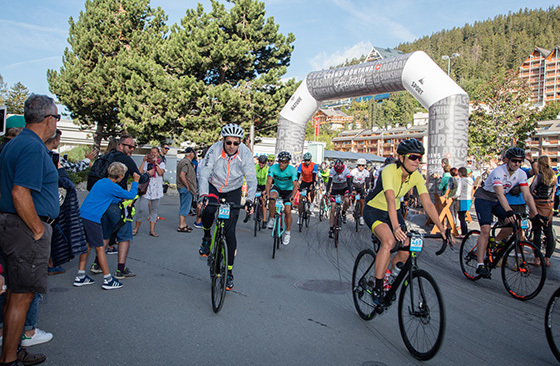 This year, experience the Alpine Cycling Festival from 8 to 11 August 2019. For 4 days, entertainment, exhibitions, tests, workshops, demonstrations and concerts will delight cyclists and families. In addition, a series of conferences will be held as part of the festival, with celebrities and experts present, highlighting the different issues linked to cycling in the Alps. In this context, on 10 August 2019, the second edition of the ‘Tour des Stations’ will link together key destinations in central Valais. This very special sporting challenge, which is open to all cycling fans, includes 3 routes which range from 130 to 220km, 2 of which pass through Crans-Montana and its pass. Participants will explore breathtaking scenery in the as they cycle through vineyards, pastures and picturesque villages.

Lots of benefits will be offered to participants and their companions this year, such as free shuttle buses offering transport from Verbier to Crans-Montana for participants after the race. Accommodation packs at special rates mean that those who would like to can prolong their weekend in Crans-Montana, and enjoy the first edition of the Alpine Cycling Festival, the new show by Cirque au Sommet, the Blues festival at the lake, as well as the only Combat de Reines cowfighting event organised during the summer season.

The Federal Folk Music Festival takes place only every four years. Its first edition took place in 1971 in Sargans. Four years ago, this traditional national event was held in Aarau in the canton of Aargau, with a record participation of over 100, 000 spectators. The Federal Folk Music Festival is the key event for the Swiss Folk Music Association (ASMP), which aims to promote traditional and new music, and support folk musicians. 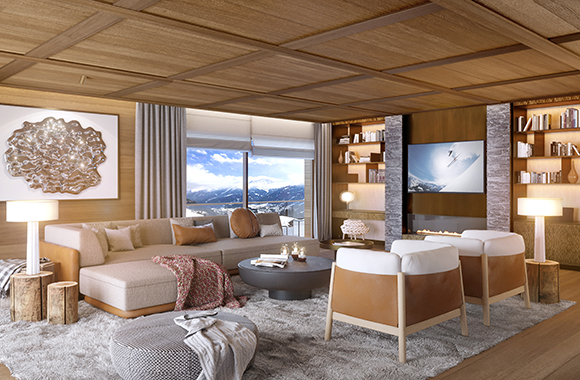 Six Senses Crans-Montana marks the first resort and residential project in Switzerland for Six Senses Hotels Resorts Spas, in the picturesque Alpine destination of Crans-Montana. Slated to open in 2021, the resort and residences will both be managed by the award-winning Six Senses hotel group. Construction of the resort began in October 2017, and the development partner on the project is 1875 FINANCE, an independent financial advisor and international leader in wealth management. With its sumptuously furnished 47 apartments and 17 residences, Six Senses Crans-Montana will be a unique comprehensive offering in what is one of the finest and most beautiful ski areas in the Alps – as desirable in the height of summer for walking and cycling as it is during the ski season.

Six Senses Crans-Montana will feature two restaurants, a bar and a magnificent terrace with awe-inspiring views. Six Senses Spa Crans-Montana will measure 21,527 square feet (2,000 square meters) and focus on uniquely adapted alpine therapies and treatments. Guests and residents will have access to a gym, a swimming pool and a relaxation area. A separate spa area for children and teenagers will also be included with treatments adapted for younger guests. Six Senses Crans-Montana will also offer unforgettable and unique off-site experiences, individually adapted to the wishes and requirements of guests, whether it be bespoke excursions into nature, sports activities, social or cultural events moments and experiences that will be remembered forever.