Crans-Montana is a destination full of history and popular Valais traditions that travellers can discover at the Grand-Lens museum as well as the Colombire Ecomuseum. All cultural tastes are catered for, enjoyed and shared here. Examples of our cultural diversity include: a museum of model trains for all the family; the Opale Foundation in Lens, that brings together Swiss and international artists; the Vision Art Festival, which has helped to draw urban art away from large cities and into the heart of the Alps; and of course, the five galleries of Crans-Montana. Music from popular and classical through to electro can also be heard at numerous concerts, events and festivals throughout the year.

From 16 December, the Opal Foundation is hosting two photography exhibitions, which both tackle disturbance in our environment. The first, by Aboriginal artist Robert Fielding, explores the changes in traditional culture in the central Australian desert. The other, a retrospective of the militant French ecologist Yann Arthus-Bertrand, who has been travelling the planet for decades, will highlight the beauty and fragility of our planet. From June 2019, contemporary Aboriginal art will feature in the exhibition « Before time began ».
www.fondationopale.ch

Just elected the best international electro festival in the world, Caprices Festival opens its doors once again from 11 to 14 April 2019. Be swept away by mesmerizing sounds from some of the best DJs on the planet, in a dream setting at an altitude of 2,200m. A magical experience for festival-goers, in the heart of the ski area ! www.caprices.ch/ 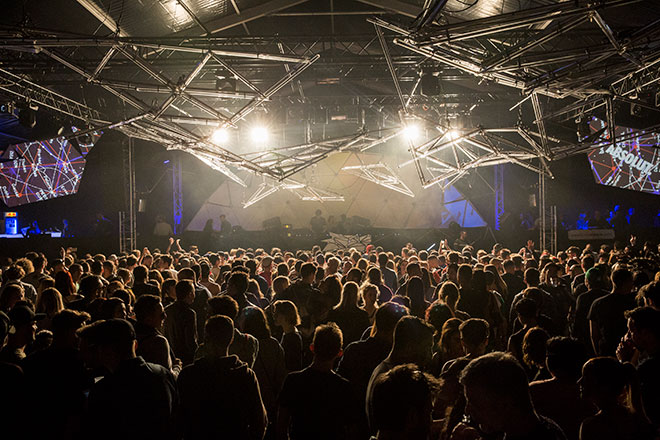 The 2019 edition of ‘Crans-Montana Classics en Fêtes’ has been launched! The season begins with the 7th edition of the New Year Gala Concert and the free Peter and the Wolf show, and continues with a host of concerts. Let yourself be carried away by the melodies of different instruments, often a very particular theme. Further information.

Throughout the year, Swiss Made Culture offers a varied programme of music, cinema and also visual arts and theatre. For winter 2019, the foundation has already planned several events : a cinema-meeting with Irma Dütsch, the first Swiss woman to receive a Michelin star, a chance to meet Michael Haefliger, director of the Lucerne Festival, as well as other meetings which open dialogues about world culture.

Montagn’Arts provides artistic acitvities – workshops, conferences and shows – in the idyllic setting that is Crans-Montana. Early in 2019, the association welcomes Frédéric Lenoir, on 12 and 13 January, for an exhibition-concert as well as a conference « wisdom and meditation ». You’ll find the diary with all events here.